He looked intensely at her with bloodshot eyes – his eyes were always bloodshot…ALWAYS! There, in his hands, she saw the ugliest thing she had ever seen in her life. At first, she didn’t know what it was but the sick smile on his face made her so uncomfortable that she knew it was something wrong. It was black in colour and ugly. It had wrinkles and veins on it and it sort of looked like a dried, rotting cocoa pod – like the ones her grandfather had in the garden but this was different – there was an opening at the top and something with a different colour peeped out. “Come” said her cousin Ricky to her in a hushed voice but although she was just four years old, Sherry knew the danger to some extent.

Being of Indian descent, family, respect and religion were important…more important than one’s self. She was taught to respect her older relatives and trust them but for some reason, Sherry was afraid of this one. She tried to figure out what it was that he was holding in his hands and then it hit her. Her mother always told her that people should wear clothing to cover up their private parts and that boys do not have what girls have…boys had puppy dog tails.  Sherry gasped in her mind and her eyes opened widely… ‘He is showing me his puppy dog tail?’ she thought. She immediately knew it was something wrong and she remembered her mother telling her that those things are private and one is not supposed to show it to anyone else. She felt like she committed a crime. “Don’t tell anybody” he said smiling and showing off his yellow teeth and Sherry ran off. She knew she couldn’t tell anyone…after all she had just seen his puppy dog tail and she was not supposed to look at that.

Sherry wasn’t sure what she saw in his face, in his red eyes and his sick, yellow smile, but she always felt as if he enjoyed seeing the fright on her face – he seemed to be having a good time while she felt scared and sick.  As time passed the torture grew and every time she saw it, his puppy dog tail seemed to grow. How was that possible? Sherry had not a clue. It seemed as if every day, in some way or the other, no matter how much Sherry hid, her cousin found her. She decided to stop going to her aunt’s home (where Ricky lived) but when her mother needed something she was forced to go. Her mother did not understand why Sherry did not want to go to her relative’s and insisted that she went.

One day, Stacy was sitting on a chair while reading one of her story books and in came Ricky in all his black glory. This time he carried a cutlass in his hand. In a split second, he knocked the book out of Stacy’s hand, turned the cutlass on the unsharpened side and rammed it against her neck. Her tiny frame shook and she wondered where her help would come from now. Everyone seemed to disappear when Ricky appeared. Stacy’s neck hurt badly and she couldn’t even swallow. “I will kill yuh gyirl” he repeated as he was grinding his yellow teeth and Stacy believed him. This is how she was going to lose her life. Her eyes watered but she couldn’t really cry as no sound could leave her throat. As Ricky fumbled with his pants Stacy’s mind went blank. She had no idea what to do…there was nothing she could do.

Moments later Stacy mustered all the strength she could and got herself to the sink. She felt as if the black, ugly thing had seeped through her skin and polluted her entire body. Her skin crawled and she immediately tried to scrub the spot where it touched. She scrubbed and scrubbed but could not get the disgusting feeling from her system. She threw up and began to cry but her aunt thought she was sick so they took Stacy home.

This is just a brief look into my life. This scenario occurred quite frequently from as far back as I can remember. My entire childhood was spent in fear. I am not sure even if I had a normal childhood. Yes, I played but always in fear…always. Even today, I live in fear – the fear from my childhood has managed to follow me into adulthood and it has managed to evolve into many other things – insecurities, trust issues, not knowing how to love myself and the list goes on. Even as I write this I still feel the fear, guilt, hurt, anger and hatred which I felt back then. I sometimes wonder what my life would be like if I had a normal and healthy childhood. Would I be in a better place financially? Would I have a family of my own today? Would I be able to trust my boyfriend more or love him more and not have unwarranted hatred towards him from time to time? Would I have a better job? Would I be able to look at the newspapers and not feel sick every time I read about a rape? Would I have more strength to stand for who I am and the things I truly believe in but then again, are my beliefs even true – do I even know what is real and what is not? I feel so lost even today and God knows I wish I had the strength to be a strong woman who could stand up for myself.

Finally, after my family found out what was happening, nothing was done about it. My father’s exact words were “Don’t tell anybody, that will cause trouble”. My father, the man who was supposed to protect me, did not. I had to hide what I had been through and coming from an Indian home, I had to hide myself. I stopped wearing short pants and anything revealing. I felt ugly, scarred, scared and as if I had committed a huge sin. I was even blamed by Ricky’s sisters and his mother – that was after they said I lied about the entire thing. Why does a woman have to hide herself or look unappealing to the opposite sex just so she would not be raped or looked at in an inappropriate way? Why can’t society teach men that women should not be treated in that way even if they walked the streets in the nude? Nothing and I repeat NOTHING, should ever make men think they have the right to treat women in that way.

What do I do when I feel anger, hatred and bitterness every time I hear the news of a child being molested or sexually assaulted? The big questions remain, how do we, as a society, heal all these broken women and how do we, as women, walk the streets freely without the risk of being raped, kidnapped harassed or abused?

While I do not live as a whole being I feel so broken and tainted, I live in hope and someone once said to me “Hope is all you need”. 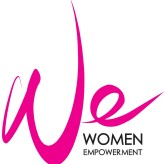