Hundred years ago, giving birth in a hospital meant taking a bath in Lysol, having your privates washed with a bichloride solution, lathering your insides with lard, being administered an involuntary enema, and then being put to sleep during the main event through a combination of morphine and scopolamine (aka the date rape drug).

These days, thanks to medical innovation and a healthy dose of common sense, birthing a baby is much less ludicrous. Disinfected rooms, clean sheets, modern-day equipment and sterile instruments in huge, white hospitals, with not a tub of lard in sight. But while we might have replaced animal fat and fatal drugs with cutting edge technology, we’ve still failed to account for the needs of pregnancy’s main star – the mother.

In most countries – Trinidad included – women aren’t allowed to have their partners or families present during labour. And while the law has changed to allow spouses at birth, they have to go through months of childbirth classes to be eligible.

Absent support aside, women are also asked to lie down during the process. It seems reasonable until you take into consideration we do most of our ‘natural pushing’ (peeing, defecating, etc), upright. While this may be our body and our choice, the decisions surrounding birth are often dictated by everyone aside from the mother.

At Mamatoto – the only water birth center in the Caribbean – delivering a baby is a lot more joyful and affirmative.

Derived from a Swahili word meaning ‘mother-baby’ and the acronym for the Mothers And Midwives Alliance of Trinidad and Tobago, Mamatoto is a  freestanding active birth centre based in Belmont that focuses on a holistic approach to pregnancy, with classes, seminars, hour-long checkups and a bevy of resources geared towards empowering a woman to birth and beyond. They’re a compromise between home and hospital, offering a relaxed atmosphere for mothers and families alike.

There are no needles, whirring machines, fluorescent lighting or clinical hospital beds. Even more surprisingly, there are no doctors!

“The big misconception is that you need a doctor to give birth, when women have been giving birth at home safely since the beginning of time!” said Debrah Lewis, one of the center’s original founders and a recent gold medal winner of the prestigious Independence Day Award for the Development of Women of the Order of the Trinity.

In lieu of doctors, the centre is staffed entirely by midwives – qualified, trained, and certified professionals who’ve undertaken anywhere from 2-4 years of education in addition to a standard Nursing bachelors degree.

In January, the award-winning NGO celebrated its 10-year anniversary, rounding off a decade of providing mothers with a safe, hassle-free, and homey alternative to public or private healthcare and a more holistic approach to pregnancy and newborn care.

“What defines us is that we do everything we can to make birth a woman-oriented process. It’s all about what the mother wants – her choice of care, birthing positions, type of birth. We try to equip her with the knowledge and skills to make active decisions in how she cares for herself and her baby during pregnancy. We don’t tell you what to do but teach you to ask questions and stress that it is your body, your baby, your birth” said other co-founder Marilyn Stollmeyer.

Their mission began over decade ago when Renée Etta, an attendee at one of Stollmeyer’s prenatal classes approached her and three other independent midwives –  Debrah Lewis, Dianne Williams, and Simone Clarke – to open up a space where all women could partake in what she saw was a life-changing experience.

“We call her the catalyst, because it was after she gave birth to her daughter, Jori, with us that we really got kicking. We put together proposals, secured funding, and were able to set up this space and begin our journey,” she added.

And what a journey it’s been. From their first birth – a comedy of errors that somehow included an unhinged door and an air mattress – to a full-fledged birthing centre, the Mamatoto staff have curated a close knit family of mothers, caregivers and midwives committed to exploring a more intimate way of giving birth.

Mothers are usually initiated into the Mamatoto way via an open house, held every Monday afternoon. During the free tour, couples are paired with a staff member who acquaints them with the centre and helps them explore whether a natural birth might be an option for them. The only caveat is that the pregnancy has to be low-risk.

“Most women who come in are first time mothers who are just inundated with information from other mothers, grandmothers, and the internet. They’re just looking for some guidance because honestly, not all information is the same,” Lewis said.

Once interested, mothers are then required to set up an appointment and bring along blood test results, ultrasounds, and any prior record of prenatal care. The hour-long appointment with one of the centre’s core midwives paves the way to monthly, bi-monthly, and eventually, weekly checkups. While mothers are referred to external clinics and labs for ultrasounds and routine blood tests, the centre shoulders the bulk of their care, encompassing everything from prenatal classes to yoga, nutrition, and sex-ed talks.

“The nature of the checkups is really guided by the mother. We spend the time talking, listening, and answering questions. It’s an open space where a soon-to-be mother can ask us just about anything she needs to know about bringing a life into the world – diet, anxieties, fears, help, everything!” Stollmeyer added.

True to their word, the center explores ‘just about anything’ related to birth.

They’re the only established water birth center in the Caribbean, with a massive tub affixed to one of their three homey maternity rooms. The practice, which sees the baby being birthed underwater before being guided to the surface, is an ancient one, dating almost 8000 years ago and endorsed by groups as diverse as the Minoans in Crete to the Maoris of New Zealand.

“It’s a more comfortable way of giving birth because you’re able to move around. More often your spouse is with you in the tub. You’re surrounded by water…it’s like being in a big pool,” Stollmeyer said.

The center also makes accommodations for other unorthodox requests including delivering a 12-lb baby, almost birthing a baby on a ship harboured in port, and once, even acquiescing to a lotus birth.

“It’s a birth where we leave the umbilical cord uncut after childbirth so that the baby is left tethered to the placenta until the cord naturally separates, usually 3-10 days after. It’s the most unobtrusive, natural way of giving birth.” Lewis added.

At the center, every birth is a celebration. Once the mother starts having contractions, she calls her midwife who determines whether she’s ready to come into the centre, along with her family and loved ones. At the facility, the mother settles into her room, equipped with all the amenities one might need – cribs, a comfy mattress, a TV – and some surprising ones.

“This one always draws some attention,” Stollmeyer added, gesturing to a long length of sturdy cloth hanging from a hook affixed to the ceiling. “It’s a birth support rope! Basically a length of study cloth that women use is in any way possible. Some pull on it, some lean on it for support; it’s a great tool to help mothers through labour,” Stollmeyer said.

If it’s a waterbirth, the tub is on standby, ready to be filled. If not, the mother is free to walk around, mingle with her family, sit, stand, crawl, or assume any position she deems comfortable. There’s no rush or routine. She is free to give birth in any position, to push when she’s ready, and to dictate the terms of the process. Everything from the furniture to the decor is designed to help her feel calm and in control throughout.

In addition to a midwife, every mother is also accompanied by a doula. Non-medical professionals, doulas act as a support system for mothers or couples before, during, and after birth. They’re tasked with making the birth process as emotionally enriching and powerful as possible, by providing a constant source of support and information through the life-changing experience of having a baby.

In the rare event of an emergency, the center has an ambulance on standby, though it’s rarely required. To date, they’ve delivered over 300 babies, all without complications. A testament to their labour of love, the babies’ names line the leaves of two sprawling ‘Trees of Life’ that cover the entirety of the centre’s lobby. Each leaf represents a birth; water droplets  denote water births.

Outside of birth-related facilities, the center also runs monthly free support groups for mothers who’ve lost children through miscarriage or stillbirth, fathers, and single-moms, sex and health talks, and childbirth classes. An all-inclusive space, the center also runs a postpartum depression group (dubbed a ‘postnatal support group’ to eliminate the negative connotations associated with PSD), to help affected mothers speak out and get help despite overarching social stigma.

The vocation is not without its trials.

Challenges range from a lack of support from healthcare professionals to a dearth of funding and a global shortage of midwives. It’s no far stretch to call the profession a calling. With little to no glory, exceedingly long hours, and a constant on-call status, midwives function as lone rangers championing a seemingly alternative way of giving birth that, in reality, just a regression to the way we used to do it.

So how do the Mamatoto midwives deal with all of it?

“With a smile, a lot of love…and plenty patience!” Lewis said, jokingly. 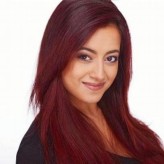