If you’re anything like us, you went a little crazy after Carnival with your eating. And by crazy we mean allowing us to shove every craving we’ve had in the last six weeks into our mouthes and saying we’ll start back on Monday.

Well as it always does, Monday came and passed and yet still our eating resembled a starving teenage boy – filled with all the carbs, KFC and ice cream one could possibly stomach. Yep, we’ve officially fallen off the bandwagon.

It’s a situation that Trinis repeat year after year – and after slaying every Instagram picture of you in your (barely there) costume, you eat enough food to offset almost all of your progress, and then the cycle begins again. But Easter and Summer are rapidly approaching and our newfound flabs won’t be as welcomed on the beach as our former abs were. So we’re kicking this habit and getting back on track before it’s too late – and we’re telling you just how to do that!

STEP ON THE SCALE:

FOCUS ON HOW YOU FEEL:

Yes, while eating all of the amazing food you’ve put off for weeks FEELS amazing at first, chances are your body just isn’t used to so many carbs or fried foods or junk food anymore. Beyond just weight gain, eating unhealthily can affect how our body performs – and we’ve been sluggish ever since Carnival. Instead of worrying about what you eat, start focusing on how you and your body feel after your food choices, and you’ll realize you’ll be eating better in no time just to beat that feeling.

DON’T PUT IT OFF:

For some reason, there’s a universal rule that no proper diet can start on any day but a Monday – so we insist on turning a cheat meal into a cheat week until we can start over on the following Monday. Nope. Your diet can start any day you want. You can have a bad day – just make sure you’re keeping track of it – and then get right back on track the day after. No Mondays required.

Plain and simple, it’s hard to stay on track with chocolate in your cupboard, ice cream in your fridge and KFC on your mind. Do yourself a favour and get rid of it all – or if you don’t want to be wasteful, hide it. Share it with friends, donate it or just dump it… but if you know you’re susceptible to late night snacking, then get rid of it.

ALLOW YOURSELF A BREAK:

Sometimes, you’re just craving junk food. Whether it’s a bad day or you’re getting your period, sometimes you just need it. And while our first choice should always be to find a healthier alternative, it’s okay to allow yourself a treat once in a while. Plus denying yourself ALL the time isn’t always a good thing. If we’re craving chocolate and we deny ourselves one block, we’ll likely end up eating ten times the amount of everything else just to keep our minds off of that one block. If you’re feeling for something – have it… in moderation. Want a chocolate bar? Take a bite. Want ice cream? Get a one-scoop in a cup. You don’t have to deny yourself something – just control your indulgences. 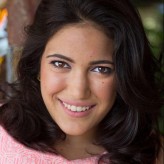