Grenadian financier turned fashion designer, Felisha Noel, has made a historical inroad into the North American retail market. On Thursday last, Fe Noel, her clothing brand, was part of the Carousel capsule launch at Bloomingdales’ 59th Street location. As part of its summer partnership to the rebooting of the Lion King, entitled Style kingdom, Fe Noel’s signature earthy and sensuous style figure with a savanna-inspired flair.

The Harlem Fashion Row alumna was absolutely thrilled breaking the barrier for black designers who have made it into the large department store retail trade. As a Caribbean creative, it’s quite pioneering. Noel takes her success with grace. Speaking to me at the O2N motivational series in New York, back in March, she remarked, modestly, of the humble basement origins of her Crown Heights, Brooklyn basement apparel.

She referenced her mantra which is her driving philosophy – “eat well, travel often and dress to inspire.” She brought her small island elegance to bear on her offerings. Inspired by both her mother and grandmother, she expresses that you “give people what they do not know they want yet”. An amazing credo for an island girl who prides herself on being the underdog, because it makes you “become your best self”.

Her collaborations with Caribbean creatives have given birth to a New World aesthetic imbued with forward-thinking fashion motifs having worked with our very own Lush Kingdom, who was commissioned to produce his spectacular prints for her sinuous silhouettes. Her Nubian inspired synthesis of Afro-Cuban artist, Harmonia Rosales, has certainly changed the narrative surrounding Renaissance art trends by which she is profoundly inspired. Her last spring collection focused on the celebration of Oshun as a replacement for Venus, all in an effort to transform and empower black women. “I think clothes have the power to transform people.” “Power is in all women. My hope is that when women wear my clothes, they can lean into that power.”

Fe Noel has already been donned by Beyonce, Oprah, Gabrielle Union and was given pride of place when Michelle Obama wore one her pieces, in Texas, during her memorable book tour. The Bloomingdales incorporation is a milestone, particularly with the under one percent statistic of black designers at the large department store brands. Felisha Noel has certainly been making a name for herself, having been featured in Vogue, multiple times, and having gained earlier prominence when she was one of three designers who teamed up with Lebron James and Harlem’s Fashion Row for a monumental Nike collaboration. 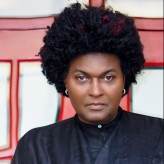