Imagine being a young teenage girl feeling too guilty to ask your parents to purchase feminine napkins (pads) when you see it is already a struggle buying the food that the family needs. Add the fact that menstruation is still a taboo subject for many people around the world, making it even more difficult to ask for help when it is needed.

Period poverty is not a common term you would hear or even a topic which is discussed. It is a term which refers to having a lack of access to female sanitary products due to financial constraints, something many women and girls are lucky enough to take for granted. Here in T&T, even though it is unspoken of, period poverty is happening on our doorsteps and is having serious effects on the education, health, daily routines and general quality of life for thousands of women and especially teenage girls.

Based on recent studies conducted in the UK, around one third of women, and girls around the world lack access to sterile sanitary products. As shocking as it may sound, they often have to use strips of clothing, grass or animal hides to manage their periods. Take, for instance, in African countries, such as Tanzania and Kenya, most females on their period use “kanga,” layered pieces of thick, colourful fabric used for making traditional east African dresses. These stiff materials not only get wet quickly as well as often leads to urinary tract infections, but also leave girls and women with the embarrassing fear of bleeding through their clothing.

It is unsurprising that lack of being able to afford period products can have a far-reaching effect on young women’s lives, with those suffering from period poverty being least likely to complete their secondary school education.

According to the most recent Always Confidence & Puberty Survey, nearly one in five girls in the United States have either left school early or missed school entirely due to lack of access to period protection. While recent statistics on period poverty in the UK shows that 15 per cent of girls have struggled to afford menstrual products, with 12 per cent admitting to improvising due to affordability issues. In African countries, the period poverty situation in some cases is so extreme that research conducted by non-governmental organisations found that women even engaged in transactional sex to obtain pads.

Bringing it closer to home, Shelly-Ann Weeks, a Jamaican sex educator and columnist, stumbled upon the issue affecting many Jamaican women. She noted that in talking about female reproductive health, women would come and tell their stories and one common thread was period poverty. “Women would tell me that they would buy a towel for Jam$150 ($9) and cut it up to use as pads. One woman who worked as a nanny would steal diapers to use because her nanny salary can’t provide,” she said.

Weeks, said for many women a choice has to be made between feeding their families and buying sanitary supplies. “If she has five children and Jam$500 (TT$26) and she needs to buy dinner and the cheapest pad is Jam$120 (TT$7) to Jam$150 (TT$9) she is not buying pads, she has to feed her children. We have women choosing between buying food and buying an essential item.”

Weeks noted that in the Caribbean, there is still a stigma around periods. Pads are still wrapped in newspaper and bagged in a black bag separately and apart from other items that are purchased. Girls are taught that periods make you ugly and the Bible (Leviticus 15:19-33) refers to women as being unclean. She said in Jamaica, popular curse words are all based on a woman’s period. “These cultural norms, that is what makes it hard for women to talk about it,” she said.

While in T&T there is no real, statistical data to show how serious the issue of period poverty is, many persons such as social workers are fully aware of this widespread problem, which women and girls are silently being affected by.

On March 26, international feminine protection brand, Always—which is locally distributed by Alstons Marketing Company Ltd (AMCO)—launched the End Period Poverty (#EndPeriodPoverty) Initiative. The programme plans to donate over 115,000 sanitary napkins to young women at targeted secondary schools across T&T, while aiming to increase access to feminine hygiene products for girls in challenging economic circumstances so they can stay confident, and stay in school.

#EndPeriodPoverty aims to spark a conversation about this issue in T&T and mobilise the public to join the cause. Locally, Always has partnered with the NGO Kids in Need of Direction (KIND) to distribute the products during the secondary school tour.The programme will also be launched in Jamaica, where over 170,000 sanitary napkins will be donated by Always.

In both T&T and Jamaica, the public has the opportunity to get involved with the cause and personally make a difference. For every purchase of an Always product, the company will in turn directly donate a sanitary napkin. This began from March 25 and runs until June 25, 2019.

Radio and television personality Whitney Husbands has taken on the role as brand ambassador for #EndPeriodPoverty and will be joined by a host of other young female public figures including Doctor Anasha Tewari-Bridgelal, Thema Williams, Jade Campbell, DJ Charlotte, and Roxy and Paris James. These young women, in addition to the Helping Her Foundation, will use their influence on social media to bring attention to the cause and advocate for the needs of women facing period poverty.

“As adults, it is our duty to do everything in our power to remove the obstacles which prohibit young people from advancing in life,” said Husbands. “Getting your period should not be oppressive. With the End Period Poverty Initiative, we can remove the stigma and start a new era of awareness and support for our young women.”

“#EndPeriodPoverty can be an important catalyst for change in T&T”, stated Donella De Verteuil, marketing manager, Procter & Gamble (main distributor of Always). “It is unacceptable that anyone should miss out on integral opportunities due to the lack of access to period protection. I am extremely proud to be part of this programme which can truly improve the lives of our young women and give them the confidence to break any boundaries to their success.”

Period Poverty is a global issue. Without education, women and girls around the world will not be able to take the steps to reach their true potential. Girls should be able to focus on their education and their future without being worried about or embarrassed by their period. 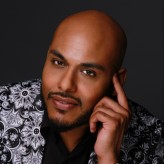