The views expressed by lagahoo are not those of the XX or Guardian Media Ltd.

I am fuming. I am so angry. My heart is racing, my head is fuzzy. I’ve written this frantically in one hour. I cannot believe that our country, one of most educated countries in the “developing world”—a country with so much tolerance, so little racism and so much unity—is filled with such hate and such ignorance.

Hey,you who has a problem with this; do you realise that you are trying to control someone’s right to love? You are deliberately preventing people from loving each other. Isn’t that messed up?

People naturally justify their homophobic behaviors by covering it up with various lame, pathetic and irrational excuses. Blah, blah, blah. Let’s closely examine  each objection the public claims is grounded in reason and common sense, so you can realize just how ridiculous you sound.

Woah, God also said that shellfish is bad. He also said that wearing mixed fabrics is bad. Read the Quran and you’ll see that eyebrow plucking is cursed and forbidden. Guess what? Scripture is full of rules that hold strong double standards in today’s society—people conveniently choose which to follow and ignore.

And God didn’t speak, by the way. His “words” are actually the writings of men who believed they had a connection to a voice in the sky, and we are using these ramblings to control others. Cool. Have a look into the history of the writing of any scripture. You’d be amazed how much of it was used to control the lower classes.

Also, very importantly, when this grand ole country of Trinidad and Tobago was created in 1962, we wrote in our constitution that the Church and the State were SEPARATE. So, if your church bans a person from blowing their nose, that’s you and your church’s business. Please keep your opinions to yourself and stay away from our legislation. The law should govern us, not the works of fiction from 2000 years ago that were poorly translated and edited thousands of times, depending on who was in power. (Look up the history of the King James Bible; it was literally edited to control the working class)

It’s not natural you say? Cool. You know what else isn’t “natural”? Polyester, bi-focal glasses, candy, Snapchat, gas-lit fires, multivitamins, air-conditioning and television. When you swear off all of these “unnatural” things, then we can chat about what is natural and what isn’t.

And also, by the way, here’s a FACT. An actual fact for you. Being gay? It’s genetic. Like your skin colour or your love of chadon beni or your height, people are born that way. What you are essentially doing, by banning homosexuality, is banning something that a person has no control over. Would you chop off the legs of someone who’s born too tall? Would you really punish someone for their (to borrow your word) NATURAL state?

Being gay is a choice; they have chosen a life of sin.

Riddle me this: If being gay is a choice, who in their right mind would choose this awful life that you have given them? Who would choose to be ostracised and victimized because of their sexual preference? Given the backlash that the LGBTQI+ community has faced in recent history (being gay was totally cool in Ancient Greece, by the way), I hardly think anyone would truly choose the far more difficult path to spread love.

Okay, I really need someone to explain this one to me. What are traditional family values, anyway? You say that the “word of God” says we are to marry and make babies and that’s our one goal. Again, this is you picking and choosing which bits of scripture you like and casually ignoring the bits you don’t like (like the shellfish one, because as a Trini myself, I cannot think of anyone who would turn down a shrimp roti). This whole “go forth and prosper”/anti-contraception thing, really only came about during the Dark Ages in Europe, in the heights of the Black Plague. The population was so low that the Church had to encourage reproduction. Feel free to Google this.

“Traditional family values” do not exist. Children are not only raised by  male and female parents. Single parents raise children, grandparents raise children, children are raised by older siblings and children are adopted by people—people that are completely genetically unrelated. Yet, adopted parents are allowed to be part of the “traditional family values” crew? Why would a same-sex couple be so detrimental then?

The only prerequisite for a healthy family life is love. That’s it. Love from another human being(s) regardless of their class, race, gender or sexual preference. Simple.

Look, they can be gay in private if they want but they have to stay in hiding because I don’t want to see it.

Don’t use this scapegoat, please. This is a childish and cowardly way to hide behind your beliefs. I hate to see you and your friends eating doubles like absolute slobs in public but frankly, I’ve just got to get over it because you should be able to eat however you please, because you are a consenting adult and that is your right.

Also, there was a famous group of men who were very private about their gay tendencies. It didn’t work out for the best. Don’t remember? I believe it was over 4000 priests in the US (read the John Jay Report, I dare you). Stick that in your pipe and smoke it.

In conclusion, we are all humans. We are born with a right to love who we want. As long as both are consenting adults, they can and should lawfully be able to love WHOMEVER they want. Certain people are born with a preference for one gender over the other, furthermore, there people who are born with no preference (search for asexuals in the dictionary) and others who enjoy love from both (OMG! Wow! Yes, bisexual people exist, too).

Punishing someone for wanting to choose who they love is disgusting. It is utterly disgusting. Controlling a person’s right to love is evil and in my eyes, if you think that way, so are you.

See you in hell! xoxo 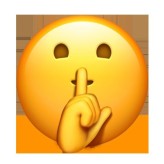